APL Needs You!
Scroll
Down

Are you interested in serving your community? Do you love libraries? Have you considered running for Albany Public Library’s Board of Trustees?

We have two trustee seats that are up for election on May 19. The newly elected members will serve five-year terms alongside seven other city residents who are passionate about our libraries.

I am a big fan of democratically elected positions when it comes to tax-funded services in the community. The library is an investment made by the citizens of Albany. Therefore, those citizens should have a say in who oversees their investment.

APL’s Board of Trustees guides and advises the library administration about the big picture decisions. The members also help craft policy and oversee the budget. They do not manage or control the day-to-day operation. The full board meets the first Tuesday of each month, and trustees also serve on one or two board committees.

Library trustee is an unpaid position, but the interesting experiences and satisfaction of serving your community are wonderful incentives! 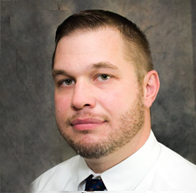 Scott Jarzombek grew up as a loyal patron of his local public library, spending the bulk of his childhood poring over history books and attending comic book club. During high school, Scott combined his penchant for skateboarding and music with his interest in multimedia and photography as a member of the school library’s audiovisual club. During his junior year of college he became a “jack of all trades” for his college library director, which led him to apply to SUNY Albany’s Library Science Program. During his second semester in library school, Scott was hired at Albany Public Library and worked here as branch librarian for nine years. After leaving the organization in 2009 to develop his career, he returned to Albany in 2014 as the executive director.